A new exhibition at the Royal Pavilion, Brighton will explore how animals considered exotic by the Georgians and early Victorians were depicted, kept and presented. 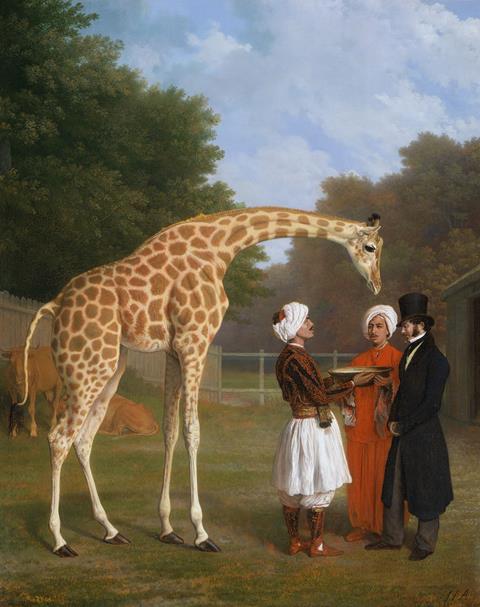 Exotic Creatures will look at animals owned by the Royal Family and in menageries and early zoos, as well as the ‘political beasts’ of the period (c.1740-1850). A painting of liger cubs (a cross between a tiger and a lion) born at Windsor in 1824, and presented to Royal Pavilion creator George IV shortly after, will be displayed to the public for the first time.

Another rarely-seen painting will tell the story of the UK’s first living giraffe, given to George IV as a diplomatic gift by the Pasha of Egypt in 1826. 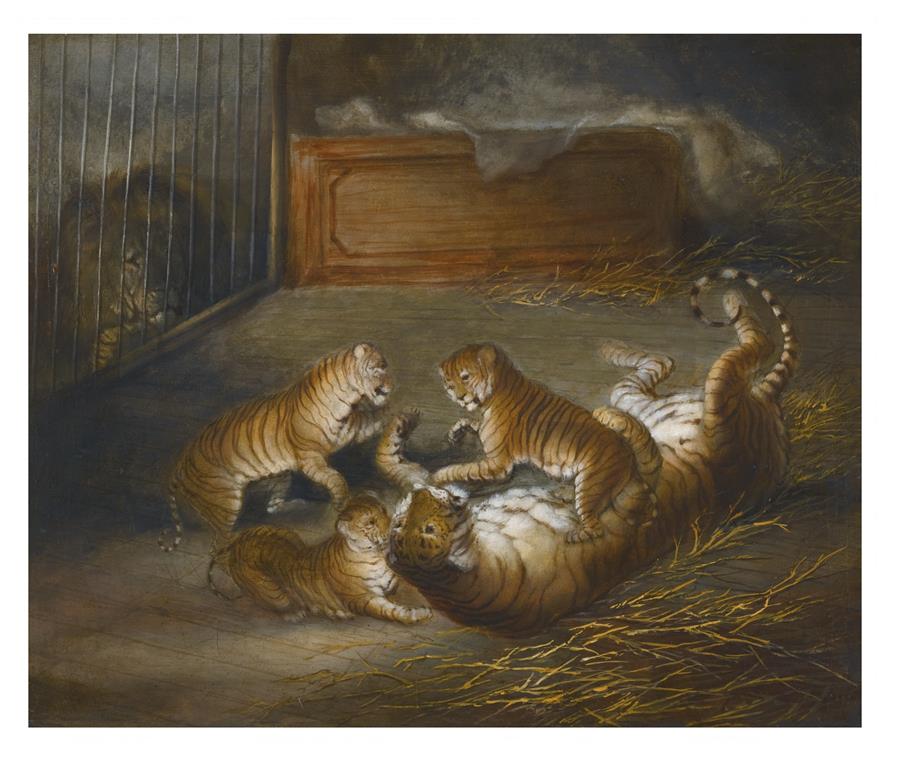 Further information about the exhibition:

Other works on show will include satirical prints, original menagerie bills, sculptural and ceramic pieces and paintings and archival material. The exhibition will take a hands-on, playful approach suitable for all the family, and a children’s Royal Pavilion Creature Trail will be available to buy at the admission desk.
The exhibition will be organised around four main themes:

Royal menageries
George IV, considered exotic and unpredictable by many, kept a significant collection of exotic animals in his private menagerie at Windsor Great Park. The exhibition will tell the stories of individual exotic animals and explain the transition to public menageries, and the opening of London Zoo in 1828.

Royal beasts
George’s mother Queen Charlotte kept a zebra in the 1760s and ordered a rhino for her children’s amusement, while George IV gave ostriches as presents to mistresses and kept kangaroos at Windsor Great Park. He also received the first living giraffe on British soil as a diplomatic gift.
The young female arrived in August 1827 after a long and strenuous journey from Africa, by which time neither she nor George were in a good state of health. Cartoonists mercilessly poked fun at both but the exhibition’s portrait by Swiss artist Jacques-Laurent Agasse is more sympathetic.

Political beasts
Animals were a popular device for mocking politicians and royals in Georgian satire and caricatures, as depicted in Brighton Museum and the Royal Pavilion’s extensive collections (many of which are hand-coloured).

The exhibition will demonstrate how the arrival of exotic animals influenced fashion and the decorative arts in Britain, with giraffe-patterned wallpaper, teapots and fabrics becoming hugely popular in the late 1820s. It will also address the challenges of creating anatomically correct images of non-native animals in the Georgian era, and the period’s simultaneous passions for scientific research and the use (and abuse) of animals in entertainment.

When is Gay Pride in Brighton? This year, the festival is taking place from Friday 5th August -... more»

June in Brighton is packed with musicians from all genres, book now! more»

Brighton is full of amazing eateries and we have decided to start recommending our favourite one's... more»

The Japans by Romany Mark Bruce

These paintings in the New Steine Hotel are some from a collection by Brighton Artist, Romany Mark... more»

The Nature of Being – latest exhibition

A collection of paintings created during the Coronavirus lockdown. These paintings are the... more»